“The W.T. Preston is closed for maintenance projects. For schedule updates contact the Anacortes Museum at (360) 293-1915.” 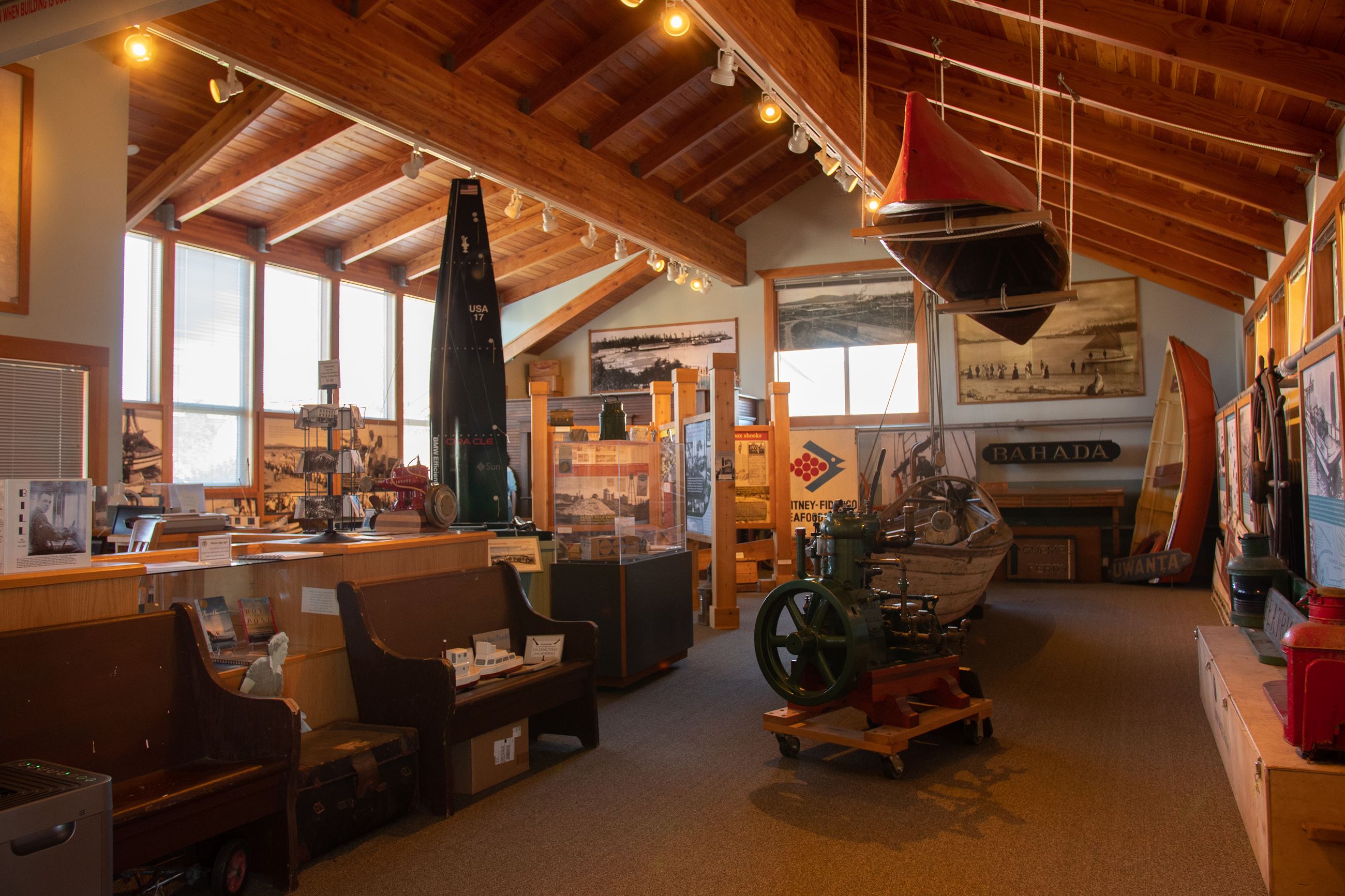 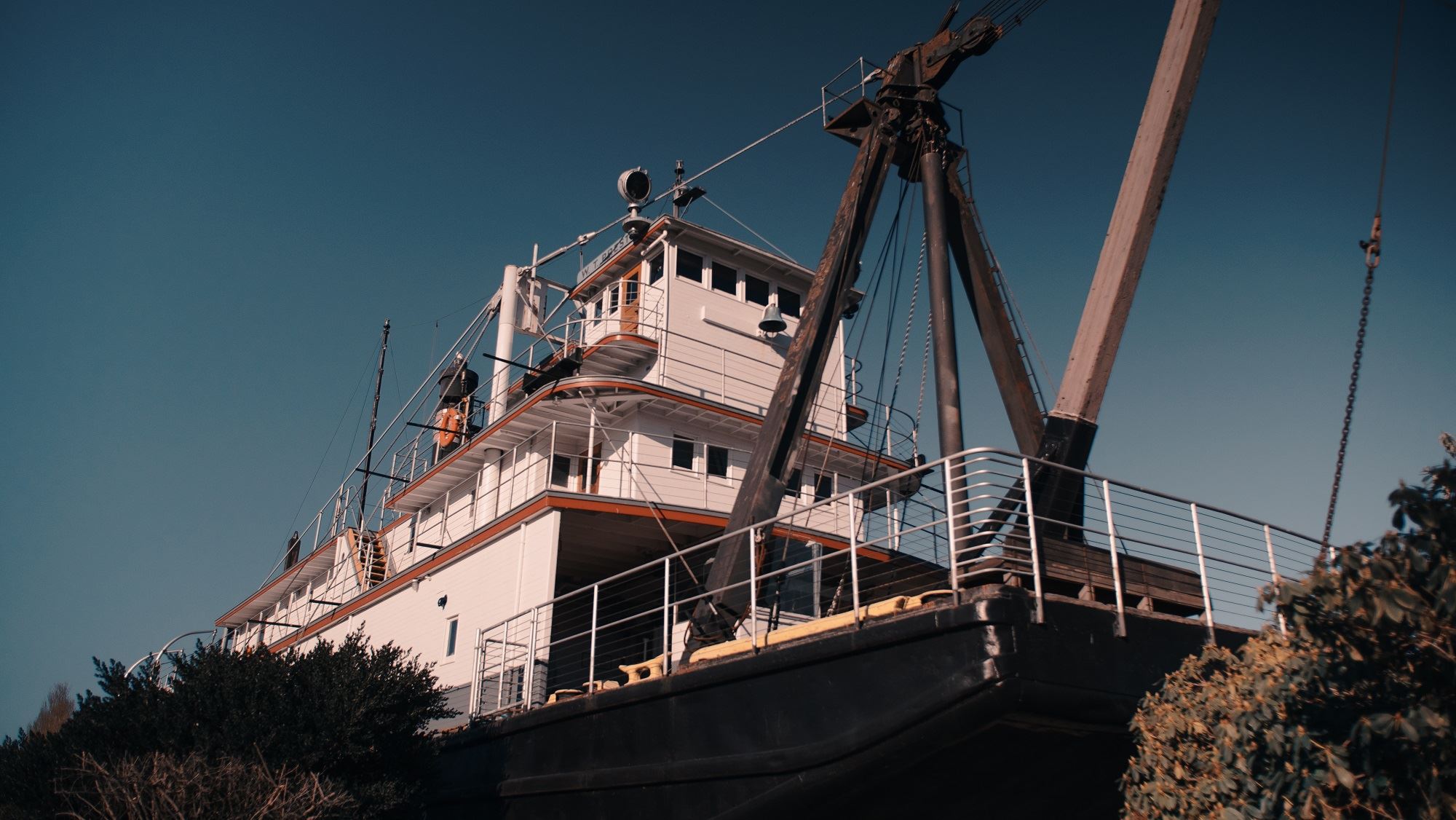 Step aboard this steamboat, and step into the past. The W.T. Preston was the last sternwheeler to work in Puget Sound and is one of only two snagboats remaining in the contiguous United States. Her crews removed navigational hazards from the bays and harbors of the Sound and from its tributary rivers. The first settlements in the heavily timbered areas of Washington were located along rivers, which served as the region’s highways. On some of these rivers, snags threatened navigation and if not removed grew into larger logjams blocking passage of the boats. Shifting sand bars, particularly in delta areas, also obstructed navigation. In response to these conditions, Congress in 1882 allocated $20,000 for the construction of a snagboat to free the rivers from navigational hazards.

The Skagit was the first of three steam-powered snagboats built to maintain the rivers, serving from 1885 to 1914, when she was replaced by the Swinomish. In turn, the Swinomish was succeeded in 1929 by the wooden-hulled W.T. Preston, named in honor of a distinguished civilian engineer who worked for the Seattle District Army Corps of Engineers.

The W.T. Preston operated as far north as Blaine and south to Olympia and Shelton. She worked 11 months out of the year, retrieving thousands of snags, piles, floats and other debris, including a damaged airplane, fish boats, derelict scows, and houseboats. In addition to her snagging chores, she was used as a pile driver and icebreaker, and dredged about 3500 cubic yards of material in an average year.

By the 1960s, the W.T. Preston's responsibilities were changing. As more and more freight was carried by truck and rail, the importance of keeping the Sound’s tributaries open to commercial navigation fell off. At the same time, recreational boating increased on Puget Sound, necessitating more maintenance of these wider waters. In these circumstances, the W.T. Preston as a shallow-draft river vessel found itself somewhat vulnerable. One noted storm with a prevailing 40-knot wind blew the boat sideways during a hair-raising passage to Port Townsend. But the W.T. Preston soldiered on, until the costs to operate and maintain the snagboat became prohibitive.

The W.T. Preston was placed on the National Register for Historic Places in 1979. In 1981, the Corps retired her from duty and solicited proposals to preserve the snagboat. Impressed with the plan offered by the city of Anacortes, the Corps transferred title to Anacortes in March 1983. The city allocated $40,000 to prepare a waterfront site for the W.T. Preston beside its old Great Northern Railroad Depot. After being towed to Anacortes, the W.T. Preston was taken out of the water and on June 22, 1983, hauled overland to her new resting site. She was designated a National Historic Landmark in 1989, serving as an important reminder of Puget Sound maritime and riverine history.