“Pie-faced puppets of piety” “Dollar-mad dingbats” “Nit-wit blababouts” Charley Gant’s news-writing style would never be called objective or restrained. Passionate? Yes. Colorful? Neon. Throughout his life, Gant peppered a multitude of newspapers with phrases that left little doubt as to his take on everything from politics to religion.

His world-view may have reflected an unconventional life that began in Nashville in 1867. Claiming to have run away from home and a tyrannical stepfather at age seven, Gant later taught himself to read. Over the years he devoured history, philosophy, and the classics, wrote hundreds of poems, and eventually learned the printing trade. 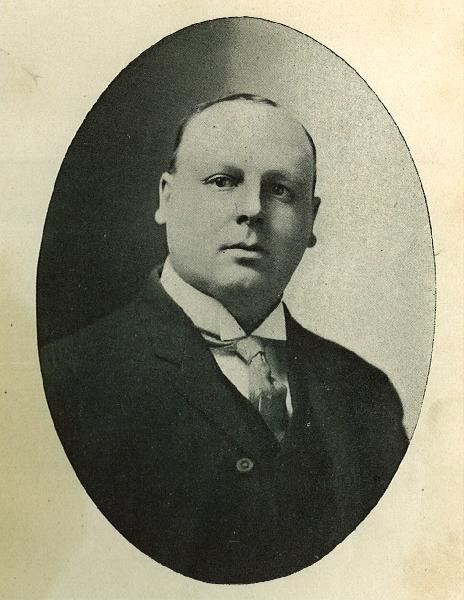 As a roving newspaperman, Gant made his way west. In 1904, he became editor of the Anacortes American. He married an Anacortes woman and in 1908, the couple moved to Gray’s Harbor. There Gant edited a paper for a year before again moving on, this time leaving behind “badly tangled” accounts, as well as Mrs. Gant.

After stints on several other papers, Gant came to GuemesIsland in 1912 and edited The Tillikum. The newspaper was only about a year old when Gant apparently went on a bender.

An engineer recalls slowing his train as it came into Anacortes because Gant would be lying besotted on the tracks. Why the drinking binges? There are hints of a tragic past, rumors of a family lost in a fire. Whatever the reason, Gant had numerous friends to bail him out.

Departing Guemes after The Tillikum failed, Gant returned in 1916 to edit the Guemes Beachcomber, a paper “Published every Thursday in the Interests of the Heartbeats of Humanity.”

In his newspapers, Gant called it as he saw it in technicolor phrases. Anacortes pioneer Gus Hensler noted that Gant hated “only sham and humbug.” If that meant someone needed to be scolded as “a blistering, blustering, barnstorming, blue-bottling, blatherskite,” Gant was by-god up to it.

But his words could be as lyrical as they were withering. Gant’s most effusive descriptions were reserved for his beloved Northwest, which he promoted with a passion. He published two volumes of poetry under the title Songs of the Sea and eventually became known as the “Songbird of the San Juan Archipelago.”

Gant wrote for the Bellingham Herald for over a year before suffering a fatal stroke, in June of 1928, as he waited to catch a boat for Orcas.

Poet, newsman, and community booster, Gant was a songbird of rare talent. And a very sharp peck.